GameStop: A briefing on market manias & pump and dump schemes 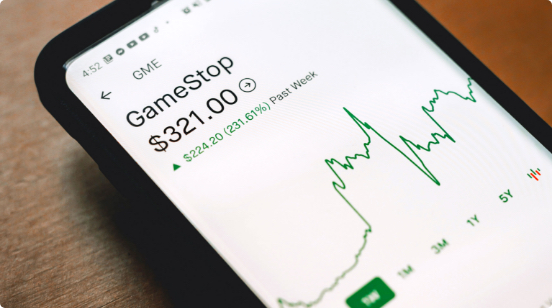 How GameStop’s surge went from killing Wall Street to nothing.

The Slow Death Of GameStop

GameStop Corp. (GME) is an American video game, consumer electronics, and gaming retailer founded in 1984. GME is to video games what BlockBuster was to movies. In short, both of their business models were based on offering their products through a network of physical stores spread across the country.  GameStop initiated its decline during the late 2000s due to the clear shift of video game sales to online platforms like Steam, whose entire game catalog was available at all times, at the click of a button, and for similar or cheaper prices, all with much lower operational costs due to its online nature. The same can be said for Blockbuster once Netflix Inc. (NFLX) allowed limitless streaming of an extensive catalog for a flat monthly fee. Both GameStop and Blockbuster have thus been operating in dying industries for over a decade and as such their revenues, profits and other key metrics have sunk. In the case of Blockbuster, its slow but sure descent into the abyss despite multiple corporate restructurings has led its current parent company, BB Liquidating Inc. (BLIAQ), into bankruptcy.

GME’s fate was -and probably will still be- as black as Blockbuster’s.

However, things took a turn in June 2019 when famed hedge fund manager Michael J. Burry, who has been portrayed in the movie ‘The Big Short’ as one of the few who correctly predicted the 2007 housing led crisis, took a long equity position of 2.75 million shares (or about 3.05% of the company) through his fund Scion Asset Management LLC at a time when the company’s stock was trading somewhere between $2 and $4. His wager was not based on faith in management, which he actually did not have, nor in any hope of earnings growth.

The logic behind the purchase was actually very simple and derived from careful inspection of GME’s balance sheet at the time. The inspection revealed that a company with a market capitalization of $290 million (as of August 15 2019) actually had cash reserves of around $480 million. As expressed in the letter he personally wrote to GME’s board “when share prices are at or near all-time lows and more than 60% of the shares are shorted despite cash levels much higher than the current market capitalization, lack of faith in management’s capital allocation is the default conclusion”.

That’s why, acknowledging that it was near impossible for GME to pick up its underlying business activity, he urged management to conduct an aggressive share buyback program with the aim to retire over 80% of the outstanding shares.

As the buyback took place the stock climbed back up fivefold to over $10 in the course of one year. The temporary spike brought some retail interest into the stock, but the company’s fundamentals remained dire. Consequently, several hedge funds and other -mostly institutional- investors continued to build up a short position on the stock. Given the stock’s metrics, for many shorting was seen as a no-brainer, to the extent that a few big players crowded the trade with such large positions relative to the size of the dying company that the combined positions ended up exceeding 100% of the available stock. To understand how that was actually possible consider the following example:

The simulated situation involves four investors. Annie owns shares of GameStop, and Annie and her broker have an agreement that allows the broker to lend Annie’s shares to short-sellers. The broker lends them to Bob, who subsequently sells those borrowed shares short in hopes that GameStop’s share price will fall. An investor named Chris ends up buying those borrowed shares from Bob. However, Chris has no way of knowing that those shares have been borrowed from Annie. To Chris, they’re just like any other shares. More importantly, if Chris has the same kind of agreement, then Chris’s broker can lend out those shares to yet another investor. Diane, another GameStop bear, can borrow those shares and sell them short. And so on.

Then Came The Short Squeeze Saga

By late 2020 a few prominent members of the then somewhat niche trading forum and subreddit r/wallstreetbets took notice of the situation and actively pushed for the community to pursue common action to cause a short squeeze.

A short squeeze may be defined as a sharp rise in the price of an asset that forces traders who previously sold short to close out their positions by buying the stock or, alternatively, hedging it through derivatives. The strong buying pressure thus ‘squeezes’ the short-sellers out of the market. A short squeeze often feeds on itself, sending the asset’s trading price even higher very rapidly and forcing more short sellers to cover their positions. As traders who previously sold short the asset must buy to cover their positions, the closing out of their short trades simply adds more buying pressure to the market, thus further fueling a rise in the asset’s price.

In the case of GameStop the extreme level of short interest magnified the effect when a horde of retail traders either bought stocks or bid up the premiums for call options, both pushing up the price of the stock while crowding the availability of cover for short sellers, including the most prominent one, Melvin Capital. As the stock rallied more than 50 fold from its previous levels or up to 250 fold from the 2019 lows due to a self propelling cycle of continuous short squeezing, the subreddit gained enormous popularity. The surge of new members, mostly very inexperienced traders looking for easy money who flaunted their unrealized gains, kept magnifying the short squeeze and adding more new traders to the action.

‘Punishment’ For The Wall Street Class…

What’s actually interesting to read in the WSB forum was the idea that holding a long position in GME was not so much about the profitability of the trade itself but rather a ‘punishment’ for hedge funds as a whole.

The idea was represented in memes, jokes, and some deeply emotional posts about hitting back at the “finance establishment”.

It’s interesting to read how herd mentality led people to actually believe that inflicting big losses on a small number of mid sized funds at the expense of their own profits would somehow destroy the whole hedge fund industry.

A few days later, and not before some controversy regarding many retail brokers limiting trading on this and other similar stocks (a matter which we may discuss in a continuation of this article), GME’s price obviously collapsed, as expected. The stock collapsed over 85% from its highs to its current level, around $60 dollars, which is still way past its fair value. 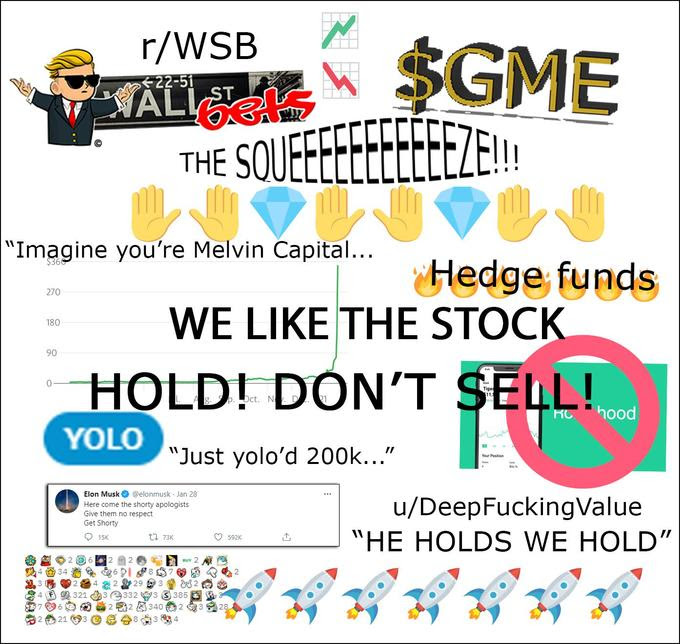 But was it really?

Many hedge funds, ours included, were able to trade around these events (as it was essentially -an internet induced- classic pump & dump and they all tend to follow the same pattern). Many other funds were front-running retail traders.

Other firms thrived on the increased volatility. Some used the situation as an arbitrage opportunity, exploiting the inefficiencies that come with drastic, fast movements. Others shorted again while GME was at $300, making significant returns.

In general, the vast majority of funds made money while thousands of small retail traders are now left holding massive losses on dying stocks. This was no revolution, and overall it made Wall Street richer, and retail traders poorer.

There is no easy path to riches and, all the memes notwithstanding, nothing beats having a high-quality financial education to help you navigate, and profit, from events like these. 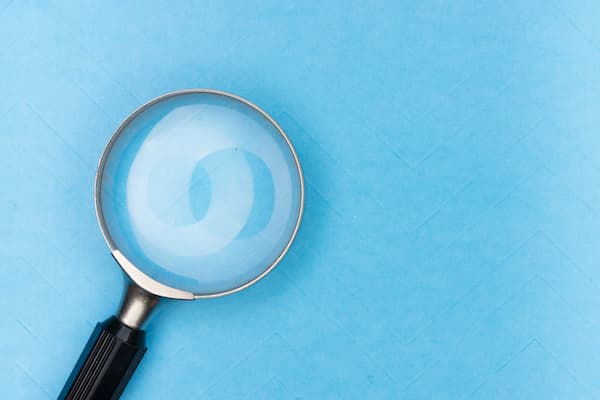 The Diversity Dividend in Investment Finance 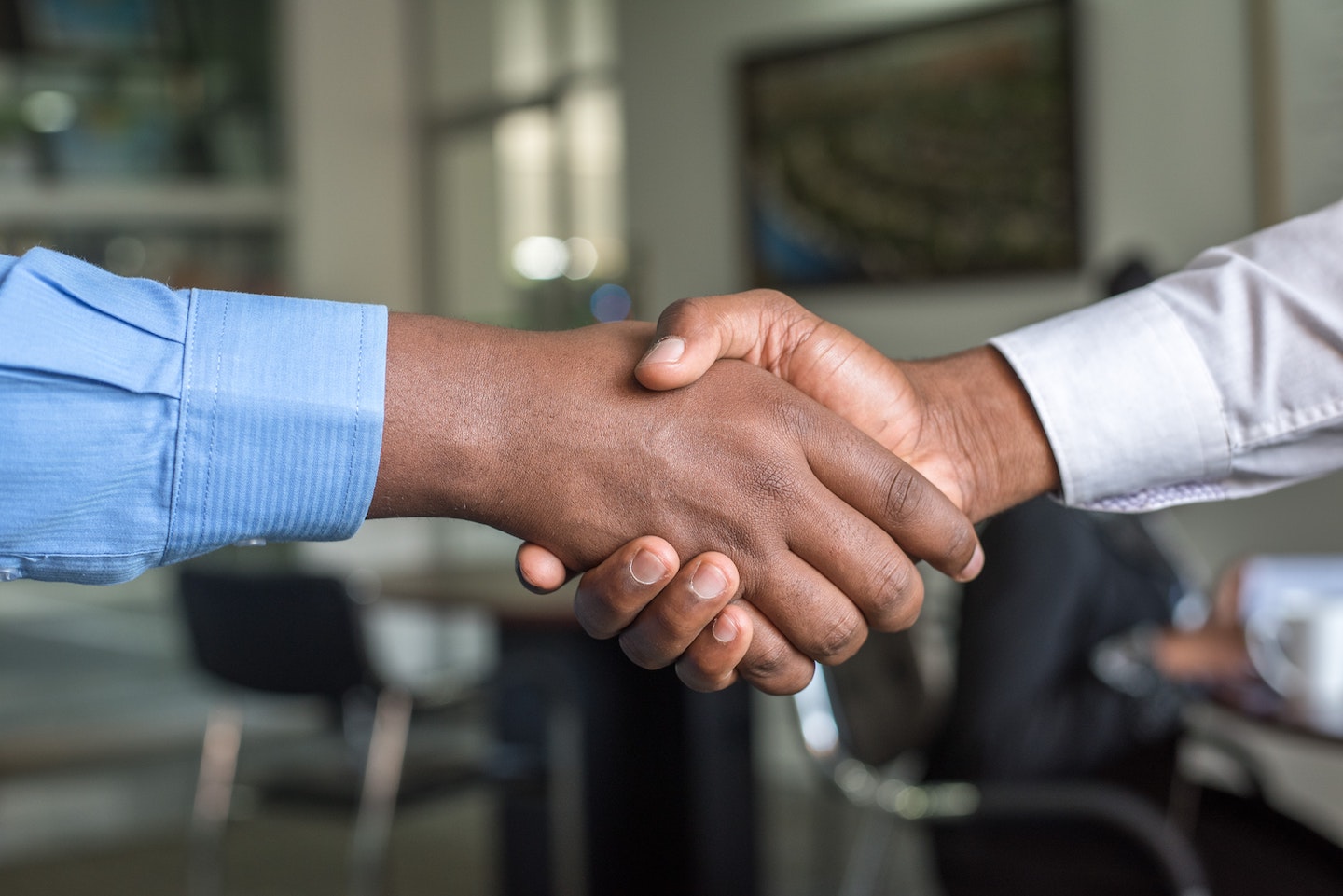 Top Mistakes When Hiring for Entry-level Roles in Finance 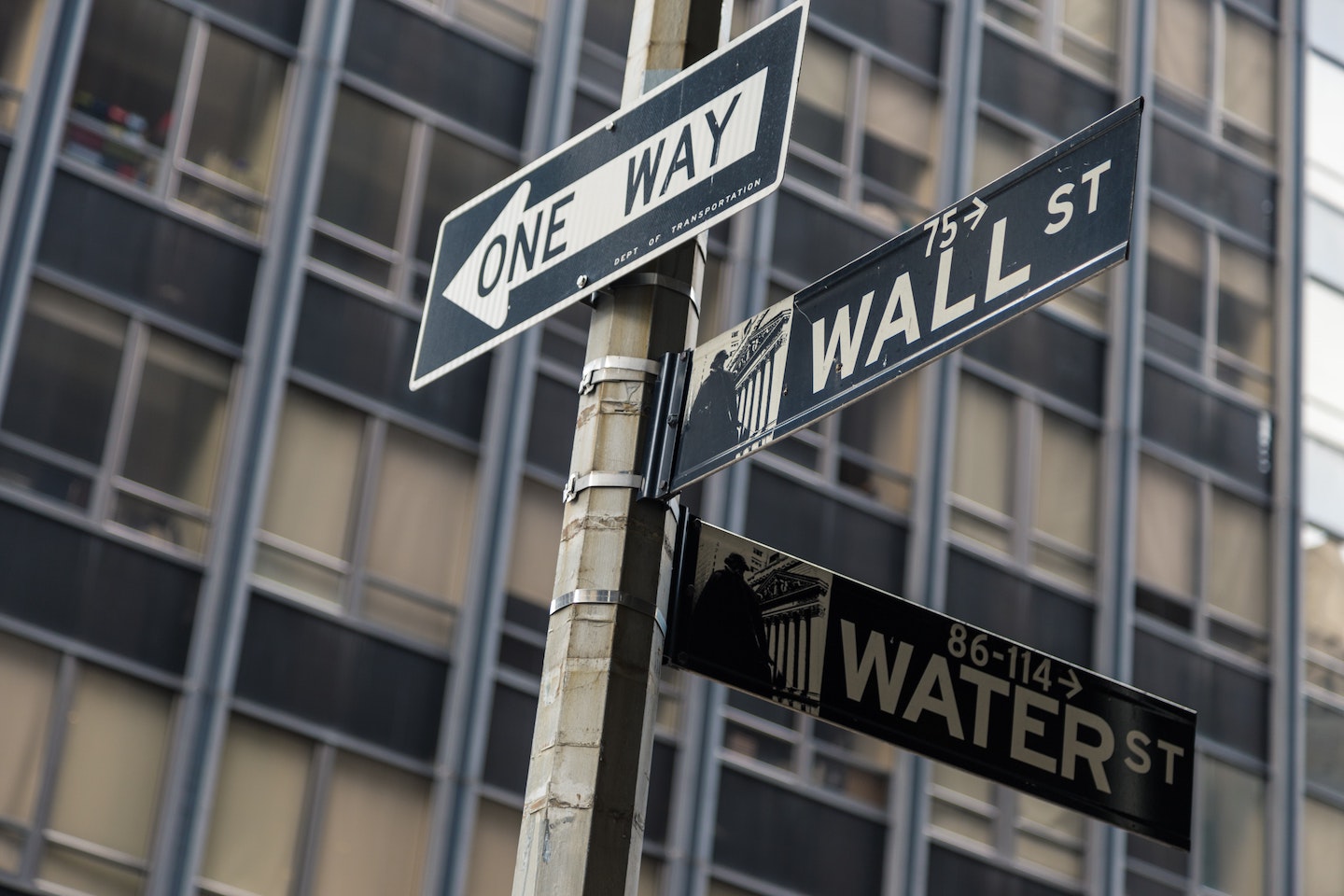 Leave us a message here. or send us an email @ valtteri@trendupnow.org

stay up to date

We use cookies on our website to give you the most relevant experience by remembering your preferences and repeat visits. By clicking “Accept All”, you consent to the use of ALL the cookies. However, you may visit "Cookie Settings" to provide a controlled consent.
Cookie SettingsAccept All
Manage consent

This website uses cookies to improve your experience while you navigate through the website. Out of these, the cookies that are categorized as necessary are stored on your browser as they are essential for the working of basic functionalities of the website. We also use third-party cookies that help us analyze and understand how you use this website. These cookies will be stored in your browser only with your consent. You also have the option to opt-out of these cookies. But opting out of some of these cookies may affect your browsing experience.
Necessary Always Enabled
Necessary cookies are absolutely essential for the website to function properly. These cookies ensure basic functionalities and security features of the website, anonymously.
Functional
Functional cookies help to perform certain functionalities like sharing the content of the website on social media platforms, collect feedbacks, and other third-party features.
Performance
Performance cookies are used to understand and analyze the key performance indexes of the website which helps in delivering a better user experience for the visitors.
Analytics
Analytical cookies are used to understand how visitors interact with the website. These cookies help provide information on metrics the number of visitors, bounce rate, traffic source, etc.
Advertisement
Advertisement cookies are used to provide visitors with relevant ads and marketing campaigns. These cookies track visitors across websites and collect information to provide customized ads.
Others
Other uncategorized cookies are those that are being analyzed and have not been classified into a category as yet.
SAVE & ACCEPT
Registration Form (copy)